How to stop Firefox 3.5 from crashing when Youtube and other flash videos are in full screen mode

Firefox 3.5 tends to crash when opening flash video in full screen. You should update to the latest version of Ubuntu and Firefox if you know how to to see if you can fix the error. If you can’t, try the steps below.

Open firefox.sh with a text editor at /usr/lib/firefox/firefox.sh or the folder where you installed Firefox 3.5 to. 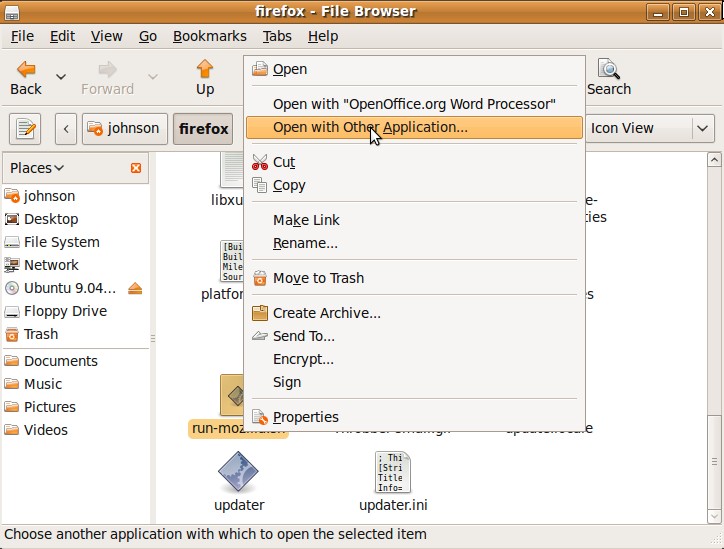 Choose the “Text editor” program in the Open With window. Press Open. 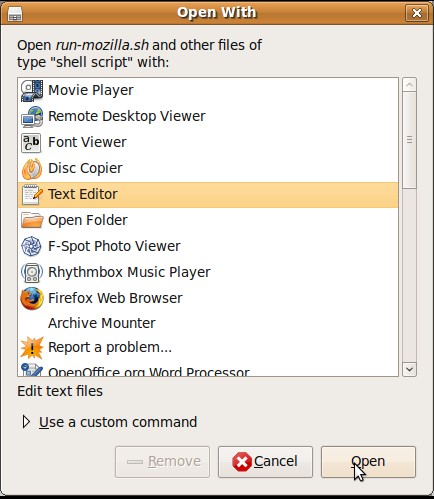 I also like to note that Mozilla seem to changed the name of “firefox.sh” to “run-mozilla.sh” , so if firefox.sh is not in your firefox folder then edit run-mozilla.sh instead or a file with a .sh extension since there is only one .sh file in the Firefox folder

and press save, and you are done